In the words of his beloved wife, Sara, Jonathan Sandys was “never still. Perpetual motion personified; always thrumming and humming with a vibrancy that illuminated the space he was in with joy and often threw off sparks and sometimes started fires, depending on which way the wind was blowing. “

Jonathan was best known for his total commitment to the memory

and legacy of his great-grandfather, British statesman and prime minister Winston Churchill. He was devoted to what he believed was his life’s mission: the Churchill brand of leadership across every spectrum of society. His Twitter page (@ChurchillQuote) is a library of Churchill photos, quotes, and anecdotes of the statesman’s leadership philosophy. “We all have the capacity to Lead Like Churchill, with courage, faith and integrity,” he says. “We just need to understand Foundational Leadership, and the skills to draw the path to success.”

I first met Jonathan after seeing his photo on the front cover of a local magazine in December 2010. I was already deeply involved as founder/CEO of the National Space & Technology Association (NSTA) in Houston. We were moving toward hosting global technology conferences in “Space City, USA!”

Under this momentum, we suddenly see this report of a fellow from England who has an idea for an interactive public museum in Houston dedicated to the history of the space program, portrayed through virtual technology. Crazy … but cool! I just had to meet this guy.

We connected on the phone. He invited Pam and me to a dinner at the Johnson Space Center where he was already engaged in pushing his idea of a virtual museum. From that point forward, we became close … very close!

Prior to the birth of his first-born son in 2014, Jonathan surprised Pam and me with a special request, asking if we would be the godparents of Jesse! This was a shock to us! Asked why he would make that request, his simple answer was: “Because if anything ever happened to Sara and me, I would want my son to be raised in a godly household, and I know he would get that with you and Pam!” WOW! What an honor that we cherish to this day. 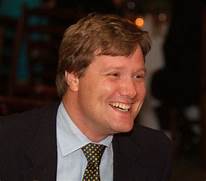 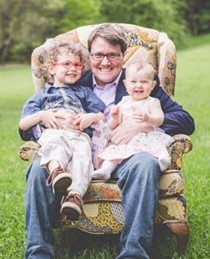 Thank you, Jonathan Sandys, for being a part of our lives!

We thank the Lord for bringing you to us.

Say “hello” to Sir Winston for us, if you will. You made him very real to us all! 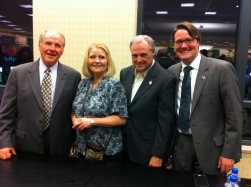 As a further tribute to Jonathan and his life’s work concerning his great-grandfather, may we highly recommend his book, “God & Churchill” (2015, Tyndale), available online at Amazon.com. 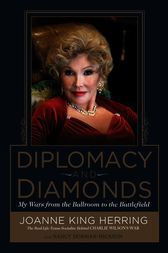 “Having witnessed firsthand how God moves to influence major events in the world for the good of His people, I cannot imagine anyone better suited to tell the story of God’s work in the life and times of Churchill than Churchill’s own flesh and blood. Jonathan Sandys brings an unparalleled vibrancy and perspective on the great man and his times. He and Wallace Henley have artfully woven together the best-known and most obscure pieces of history to present the beautiful and compelling tapestry that is ‘God & Churchill.’ An absolute must-read!” 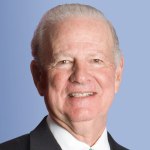 Former Secretary-of-State James A. Baker III writes in the Foreword of the book:

“History, as we know, has a way of repeating itself. As I write this foreword in 2015, we are again on the precipice of crisis as international terror threatens civilization. As Jonathan Sandys and Wallace Henley detail in these pages, we have much to learn from Churchill’s leadership in his chaotic times. I hope God & Churchill will inspire such a perspective and urgency in all who read it.”

Conservative columnist and commentator Cal Thomas writes in the Preface:

“God & Churchill is intensely relevant to our own times. Beliefs, worldviews, religion, and spirituality are at the heart of contemporary conflicts. To ignore this is to misunderstand the nature of our times. Worse, it is to be ill-equipped for the battles blazing across the globe. Such was Churchill’s world. Nonetheless, the similarities between Churchill’s day and ours are remarkable!